Coral reefs are dying from boating and sunscreen. Here’s why.

I won’t mince my words: the coral reefs are dying.

And they are dying because of one the simplest, yet common factors on the oceans: boating and anchors.

You will be shocked by the difference of coral reefs before and after.

Boating is fun. Floating around on the water is fun. And setting the anchor to have a swim is really fun.

But did you know that one single act of anchoring can cause 23-years worth of coral damage in one go?

Well, it is about the mindset as much as the boat. The effects are a real oar-deal…

Are you wondering if the last sentence was an appallingly intended pun?

But if you cannot stomach how bad that pun was, then you should leave me a comment.

Still, back to why coral reefs are important.

Coral reefs are important simply because they are the foundation of practically all life underwater.

Yet, the simple activity of dropping anchor without taking into consideration your surroundings can produce irreversible damage to a very fragile ecosystem.

Do you see that cover image l included?

That was a photo l took of a Flying Gurnard, surrounded by 100s of square-metres of ruined coral reef completed flattened by previous anchors and moorings.

Certainly, l couldn’t believe my eyes when l dove into the water, eager for another opportunity to explore the underwater, only to be greeted with this sight.

And, can you see how much of it is pretty white?

That is a classic case of coral reefs bleaching.

Read more: Eco-anxiety: a guide to what it is and why it matters

It’s made worse by how sea life, including the Gurnard, especially rely on reefs for camouflage and even breeding possibilities.

So, you see. Some people are basically preventing our fishy friends from getting it on!

The shock value: seeing the coral reefs are dying

I have made that crudely simplified, but it is true that fish do have elaborate courtships as you read here.

Initially, l’d been going to write about the wonders of the Barbadian diving scene.

However, the severity of the damage upon the reef, which shocked my own diving instructor Malcolm, caused me to reconsider.

Malcolm had only just visited this dive site 3 weeks before, yet was blown away.

For him, a diver with over 35-years

I think you can begin to imagine and appreciate the contrast we are talking about.

Why coral reefs are dying from anchors

When you think of ships, anchors or boating, what comes to your mind first?

Well, whatever it was l bet it wasn’t of cruise liners.

Yes, you heard me right.

Those behemoth horizontal hotels that bob about between Caribbean or South-Asian islands can somehow enter shallow waters.

And when l say, ‘somehow’, l mean that they do so at the expense of the coral reefs when they drag their car-sized anchors and chains along the seabed to adequately moor.

From there, entire reefs can be decimated requiring in excess of 50 years to recover.

Most simply never do.

These activities can also happen when container ships waiting to enter foreign ports anchor outside. In many incidents, they have even run aground.

Sometimes negligent anchoring can even cause the entire ship to then run aground, completely annihilating the coral ecosystem.

But that’s not all. These ships indirectly affect them too.

As they proceed over shallower waters they stimulate so much silt off the ocean floor it flies up covering the reefs, preventing them from obtaining vital sunlight that they require.

Ironically, it is purposely designed mooring sites that help to avoid this.

It’s crucial to know where coral reefs are found so that we can avoid them when we are dropping anchor to go for a swim or relax.

By having areas zoned off prevents craft from speeding above reefs and causing noise or physical disturbance.

It something l always do when visiting places with water activities. Click here for an example of trips to Ibiza.

But how to improve boating?

It will only come back to harm us

Sure, those are all very normal responses.

But, it’s possible, even probable, that you did have a connection in some way.

Well, chances are, if you have ever taken a trip on one, then they contributed to the worsening of a reefs ecosystem, much as happened here.

Or for smaller boats.

That time you went for an afternoon snorkelling excursion, it’s possible that the boat anchored incorrectly and spoilt the corals.

That could be from coral reefs bleaching or from boating directly which is one of many threats for coral reefs.

The very corals YOU went to see.

So it is the carefree decisions which can have significant repercussions.

I was reminded of the power of choice after my dive where l saw that Flying Gurnard.

While packing up, l got talking to a local, named Patricia,

She explained to me the volume of change she witnesses daily. How the activities of most people who behave in such a way that they rarely account for the impacts.

Or what a split-seconds decision can mean in the long-term:

‘We carry on expecting nature to work  when really, we should work nature’ she said, so eloquently.

I simply stood there and took those words in.

I could not say it better myself. Life experience has taught her the fragility of the reef, but more critically, our reliance upon it.

And it only reinforces why coral reefs are important. SO important.

Of course, larger factors cause reef wreckage too.

But anchoring is often prevalent at the local-scale, which we can have greater influence over.

Simple things, like avoiding cruise liners, or being conscious of where and how you’re anchoring can be major factors.

Or it could be going as far as to report such acts. Yes, report them and companies.

For if a boating company is offering you excursions to swim, sail and sunbathe, they should be doing it responsibly, knowing that their entire business rests on the reefs.

And, if they aren’t, then they are contributing to why coral reefs are dying.

Equally, you support the brands, like Pela Case, with this tasteful Ripple Effect Case which gives directly back to conservation efforts.

For it they put profit before preservation it reflects a loss of priority and complacency in taking the reef for granted. 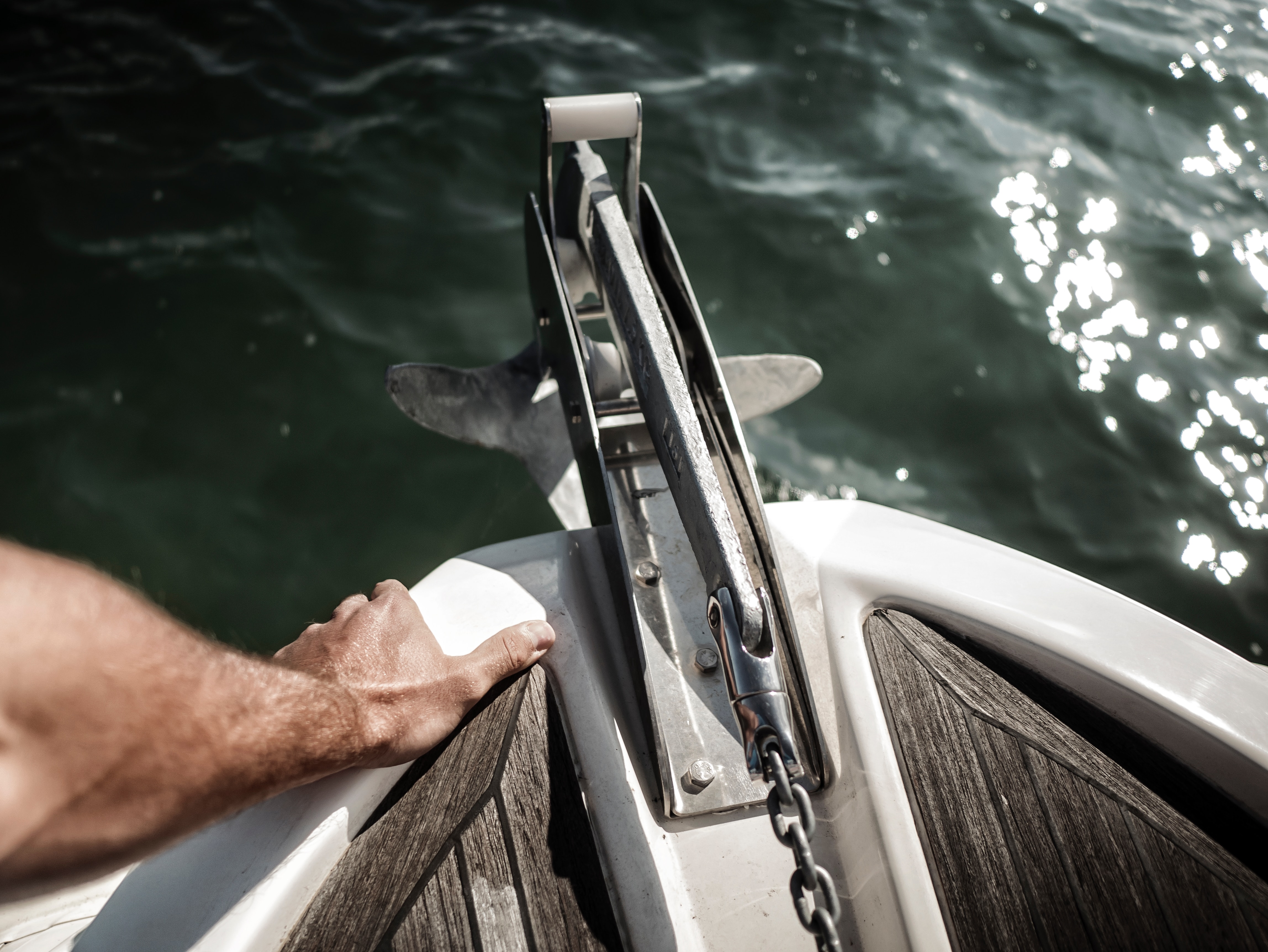 The smallest actions can have the biggest impact.

They can mean the difference for coral reefs before and after any activity. Be it boating or anything else.

Takeaways – coral reefs are dying but you can stop this

There is no doubt: boating directly contributes to why coral reefs are dying.

So, when thinking about it, there is perhaps more we can all do.

With such direct control over choosing where to anchor, it is worth being diligent.

This could be as simple as:

There are many ways to make a difference. And as this article has shown, the backlash against plastics was led by social media, not science.

Perhaps by considering what type of straw you use.

Trying out various eco-friendly products is a great way to gain an appreciation for being more eco-conscious.

So, these gift boxes by Earthlove are an ideal place to start!

Have you ever witnessed coral reef destruction due to anchors or mooring? How do you try to take care of the ocean’s ecosystems?

7 straightforward yet surprisingly neglected safety and hygiene tips for travel ~ My Global Muse · 13 March 2020 at 21:06 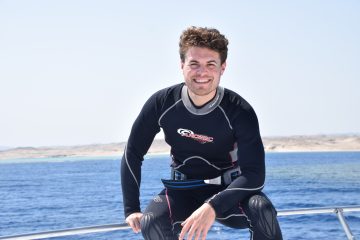 Reading Time: 4 mins Sharing Is CaringFacebookPinterestTwitterLinkedinemailSo, a post about scuba diving quotes is not something l would have initially thought of as content… That was before 2020 happened! The events of a global crisis, the emergence of a Read more… 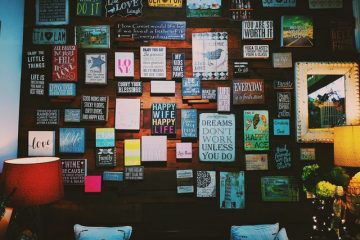 Reading Time: 14 mins Sharing Is CaringFacebookPinterestTwitterLinkedinemail50 motivational quotes? Now why would someone need something like that, you might be wondering. Well, even with the best of intentions, we will all have an off a day. A day, or Read more… 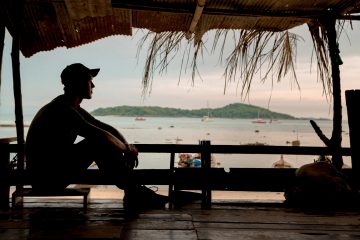 Reading Time: 6 mins Sharing Is CaringFacebookPinterestTwitterLinkedinemailInspiring travel quotes. These are certainly things l never get tired of seeing or reading. Especially in 2020! With the ongoing pandemic, the very idea of travel is still very distant. But then Read more…