The Red Solo Cup – How To Use It Sustainably.

In college…red solo cups are your best friends!

You probably have used one of these cups at some points in your life, but do you know what happens once it is disposed of?

Approximately 500 BILLION disposable cups are consumed every year, many of which end up in a landfill.

Learn the 101 of the Red Solo Cup and how to easily reduce their impact on the planet.

Contents show
I) Intro – the story of the Red Solo Cup
I.I) The Solo Cup origins
I.II) Why is it so popular?
II) What is the Red Solo Cup Made of?
III) What Happens when I dispose of it?
III.I) What happens at a Landfill?
III.II) What happens at an incinerator?
IV) How to make red solo cups eco-friendly?
IV.I) So what can you do?
IV.II) Eco-friendly alternatives
V) Takeaways – party sustainably
VI) Author

Intro – the story of the Red Solo Cup

So, within America, the Red Solo Cup is a staple in social culture. You will see it nearly everywhere.

Heck, it is that famous, its likely some of you reading have encountered it before, either by visiting the US or through movies and online.

But where did it come from and why is it so popular?

The modern-day Red Solo Cup is produced by the Solo Cup Company which was founded in 1936.

But it was in the 1970s when the iconic RED cup was first manufactured and distributed among business partners at the time.

Why is it so popular?

Products which are used when one is enjoying themselves become very memorable and so will be consumed or used more often.

Plus, they were ridiculously marketable for social events.

Those ridges you find at the top of the cup were done deliberately to help with measuring drinks or mixing cocktails.

And their practical, sturdy design means they are versatile.

What is the Red Solo Cup Made of?

The red solo cup is made from a plastic called polystyrene, which goes by PS or #6 in the recycling world.

Many consumer items are made up of polystyrene, including yoghurt containers, toys, medical items, disposable straws, and flatware.

Additionally, polystyrene is most notable for its use as Styrofoam, which is manufactured into food storage containers, packaging materials, etc.

Polystyrene is a byproduct of petroleum and therefore does not break down over time. In fact, it takes at least 450 years before polystyrene may start to break down.

What Happens when I dispose of it?

The process of waste disposal varies depending on where you are located (and sometimes the laws in the area).

Many times, your waste may make a stop to a waste transfer station before heading to its final destination.

A waste transfer station is a facility where waste is temporarily held, sorted, and sometimes compacted before moving on.

According to the EPA, workers at transfer stations screen incoming waste with conveyor systems, tipping floors, or receive pits.

There are two parts to the screening process:

Despite this screening process, in many areas, many items are not recycled, including #6 plastics.

Items that are not collected are often sent to either a landfill or an incinerator.

What happens at a Landfill?

A landfill is a structure built into or on top of the ground where trash is dumped and buried.

Landfills are lined with clay and plastic, filled with waste, and then covered with more plastic before being buried and having plants planted on top of it.

Landfills are designed this way to prevent waste from leaking into the groundwater below and minimizing contact with air.

But because of these conditions, many items do not decompose or do so poorly due to the lack of oxygen.

Leading to mountains of waste – see what l did there?

(Cause its both literal and metaphorical.)

But jokes aside, over time landfills, accumulate to reach such scales of waste they can even begin to develop their only micro-climates.

A micro-climate is a small, specific area where the weather and climate differ significantly to the overall climate of the region.

Large cities are notorious for having distinct climates, such as with higher average temperatures annually.

And so if a city can produce these changes, so can a landfill.

Which means they become a major health risk due to the release of pollution, both in the air or nearby water sources, which badly affects local populations.

What happens at an incinerator?

Comparatively, an incinerator is a large furnace that burns waste, turning it into ash, flue gas, and heat.

The waste is burned at very high temperatures (1,800˚ F or higher).

But though they are quick fixes to removing all that undesired waste that would otherwise accumulate in landfills, they are equally environmentally unfriendly.

While the heat produced from his process can create energy to power thousands of homes, it also lets off harmful gases into the environment that are detrimental to our health.

Simply, all you have to do is recycle the red cups.

However, while you as a consumer may have the best of intentions, you do not have the final say on how the cups are processed.

Well, even if you go to the effort to do eco-living, many companies do not accept red solo cups as they’re made of polystyrene curbside.

It’s the same with cups from coffeehouse or chain restaurant like Starbucks or McDonald’s.

Again, these products, have polystyrene, which isn’t recyclable. So they head to landfills or incinerators, where they add to emissions with methane.

Which is 84x more potent than CO2 – making it MUCH worse for the environment and climate change.

You can more in this other article l wrote here.

So what can you do?

First, call your local recycling centre to confirm what their requirements are or if they accept the solo cups.

If you will want to continue using them, only use them for special occasions and intimate gatherings between close friends or family.

This then means its easier to reuse them too.

Since there are less people using them and only among a specific, small group means manually cleaning them is easy.

So, not only do you still use the iconic cup, but at most special moments, you also add to sustainability and waste reduction.

From a producer side, Solo Squared has partnered with TerraCycle to reliably recycle their red solo cups and rigid polystyrene plastics.

TerraCycle meltdown the red cups into hard plastic that can be moulded into new materials or products.

Read more: Conscious Consumption: How to live sustainably on a budget

The alternative (and much easier) option is to buy eco-friendlier products.

Which makes companies happy to oblige with new products.

Ball Corp, who is one of the largest aluminium can global producers, are one example and have seen the positives of replacing red solo cups with aluminium alternatives.

Aluminim cups are great for 3 reasons:

But they are completely reusable, alongside their own lids and straws that accompany them.

Plus you can order personally customised ones, all produced within the US using recycled plastic.

Just what can be better than that?

While iconic, the Red Solo cup is harmful to our environment.

And while we all like a party, we must minimize the environmental impact of the products we use.

Take straws – plastic ones are terrible for the environment. Read more about that here.

A measure we can all take is reusing the cups.

Many of these cups are only used once before being thrown out, but can easily be washed and used again.

Additionally, there are alternatives, such as biodegradable cups or reusable cups.

Seriously, try those Red Cup Living cups out – you even get cool versions like this!

What are your favourite alternative to disposable cups or any other products?

Let me know in the comments below!

Interesting. I never would have considered aluminum cups, but I wash and reuse the red Solo cups until they get destroyed, ha!

Well its so good of you to use them till they literally disintegrate!

Better than any other form of disposal.

Allbird’s Tree Runners product review: Its like running on clouds!

What’s better than a quality fitness product and brand? One that emphasizes a sustainable and ethical business model too! Enter Allbirds. Allbirds is a brand that ensures you’re able to effortlessly align your fitness goals Read more… 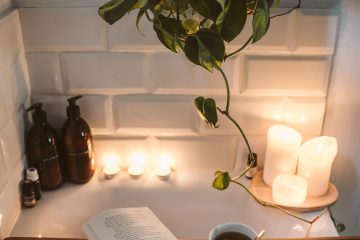 How to Make Your Reading Habits More Eco-Friendly (With Books on Sustainability!)

Love reading, but worried about the environmental impact of your ever-growing home library? Don’t worry. There are plenty of ways to make your reading habits more eco-friendly! In fact, there are even ways you can Read more… 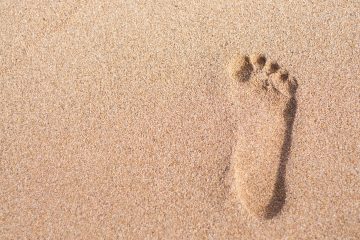